“Warning As Fresh Wave of Insolvencies Looms (retail and commercial)”  is a heading from the FT which is not a surprise as we have already seen  day after day adverse announcements  from the sector.

Now we are witnessing the demise of the high street something I believe has been happening  due to the onset of technology   the current Pandemic has accelerated this. We have lots of shops with online shopping  growth   for example Tesco’s recent announcement of the creation of some 16,000 jobs due to the increase in their online activity. Whilst this is good for the shop it’s not so good for the high street.   Littlewoods is a good example of the changing high street.  It moved from the high street in 1989 to take advantage of the enterprise zones retail parks such as Merry Hill. At one time it was the biggest privately owned employer in the retails sector. However, with the onset of the internet in the mid 1990’s this catalogue shopping was set to change. So, did the death by a thousand cuts begin in the mid 1990’s?

So, what happened to Littlewoods? Well it was sold in 2002 for £750m, it became Shop Direct and is now well known as Very an e-commerce business and in 2019 reported revenues of £1.9bn earning pre-tax profits of £124m. 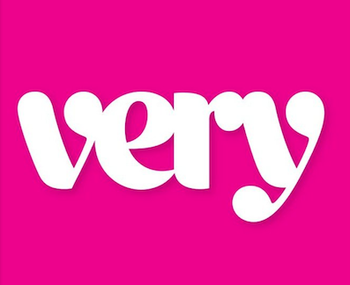 Not bad for a company called Littlewoods that has seemingly vanished! This is a tribute to the management teams recognising where the sector was going and what the competition is. The demise of the high street didn’t happen in March 2020, it began in 1989!

The out of town retail parks were the beginning and now these are changing and the change is dragging the remains of the high street along with it.

Many times I’ve been accused of causing the failure of the high street because I shop on line but the reality is the change began in 1989,  now I just shop in the  21st Century way  rather like those  accusers  did  in the 20t century feeding the retail parks with footfall sucking it away from the high street.  The technology works for Littlewoods!

With the benefit of hindsight, spending £35m by John Lewis on a new flagship store in Birmingham only for it to close within such a short time is not only disappointing but would that money have been better spent on future technologies?

So where to next?

Amazon, an overnight success appeared from nowhere and is possibly the go to first look for all sorts of shopping. So, do we have competition or do have a monopoly?   There are of course plenty of online retail offerings but I am not so sure about a direct rival to Amazon… until now.  It looks to me as though the retail world has just got interesting with the latest announcement from India’s Tata Group a $133bn conglomerate with interests ranging from jewellery to satellite tv. Their announcement of a “superapp” taking the competition to Amazon. Its release is scheduled for December 2020/ January 2021. This is on the back of Reliance Industries raising $20bn from investors including Facebook for the creation of full ecommerce to video conferencing app.

With the financial resources of Amazon their response will be interesting.

All that said we still need our high street for all the day to day items that are just too difficult to shop for on line, we need to get out of the house for, the social interactions, supporting the cafes,  coffee shops  and  good old fashioned browsing  for items we need to touch feel and try on to see if it looks right! The soft side experience that online doesn’t bring with it.

So, the challenge and the question I ask how do we keep our high street alongside  the online  technology?